I wrapped up the linux+ and started studying for the sec+ just to realize I was incredibly bored with it. It’s not challenging what-so-ever so I hit a bit of a wall on what to do next. I’ve been putting off coding for a long time, and I think it’s time I gain some proficiency. Going forward for a bit it’s likely going to be more snippets in the direction of automation, and a bit of python. I hope to get far into API integration if I can build up a strong core here. The intention is to start building a github portfolio as well.

This blob is just a quicky so that I could enable vim colors on all my shells. I had also set an alias on my servers for vi=vim as well. Not much to it, but it’s a start.

Yes I log into my home servers as root.

blob below, but wordpress because wordpress doesn’t handle indents well. 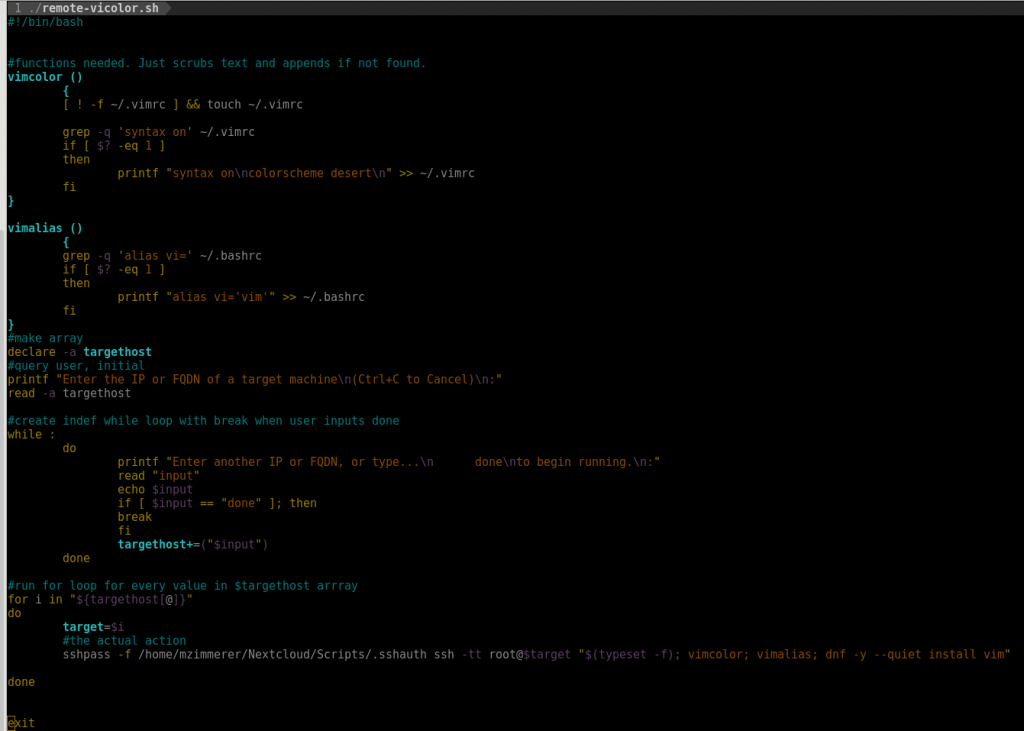