Sonicwall’s are pretty common in my ecosystem. Maybe it’s dell country, maybe it’s just all the small businesses. But Sonicwall is definitely on the windows agenda. There’s the Net-extender app which is supposed to work on linux/unix machines, but I’ve had mixed success. There’s a few open source options out there for ipsec and some come stock on most distributions. A quick search on my redhad/fedora repos gives a healthly list of options.

regular net-tools should give us enough to set up an ipsec tunnel, but I found a good amount of info concerning strongSwan and sonicwall so I went for the easier softer route. Besides, I have a real softspot for camelCase.

I found a reasonable amount of dated no longer relevant info on the web concerning setting up strongSwan and sonic wall. I just had to hash out what still works and what doesn’t. This post is more of a paste of my configs than anything. I’ll define a few things for you but you’re going to have to do the work here. This setup is for a single client to connect.

There’s a few files to touch on with openSwan. It’s no longer one config file.

Our main config is at…

This is my kind of package. Well documented with plenty of comments. Now you could just throw your configs in here, but I like following the rules. We’ll adhere to that last line. Everything concerning our new connection will live in /etc/ipsec.d/; the main config will include anything names .conf in that directory, so create you site config file with whatever name you want. Shoot for something like this…

This is really all you need in your site config. We’re assuming the connecting node will have a static IP here. A subnet value could also be used instead of the ip of the remote host. The last field is going to point the config to the *.secret file to grab the PSK. Again, name the secret file whatever you want and place it in the same directory, so long as it ends in .secret;

The secret file isn’t going to contain much for just one vpn config. Just one line containing…

On the sonicwall end of things, since you can’t define something directly in your configuration, you have to first create a network object. This should be the specific local IP of the connecting host or it’s subnet. We’re going to reference the value of this object in VPN policies. Once you do that, I’ll make things easy for you and give you pictures. 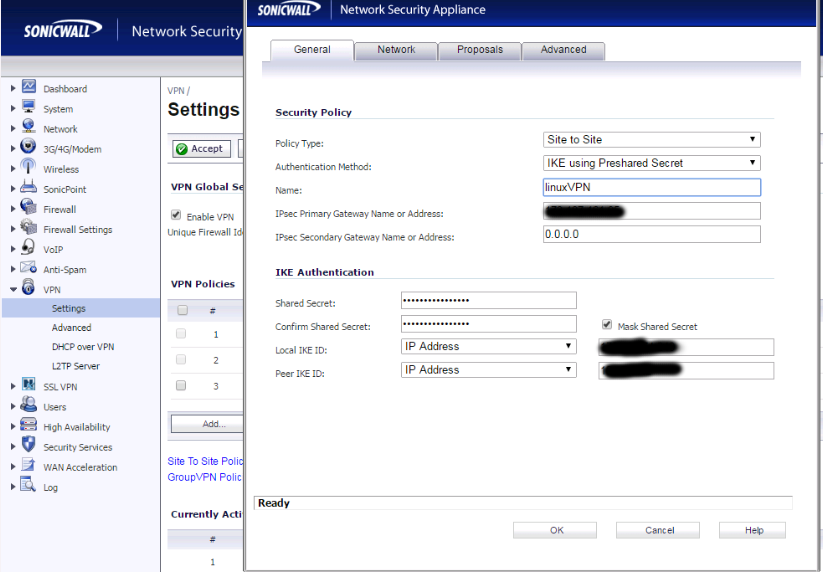 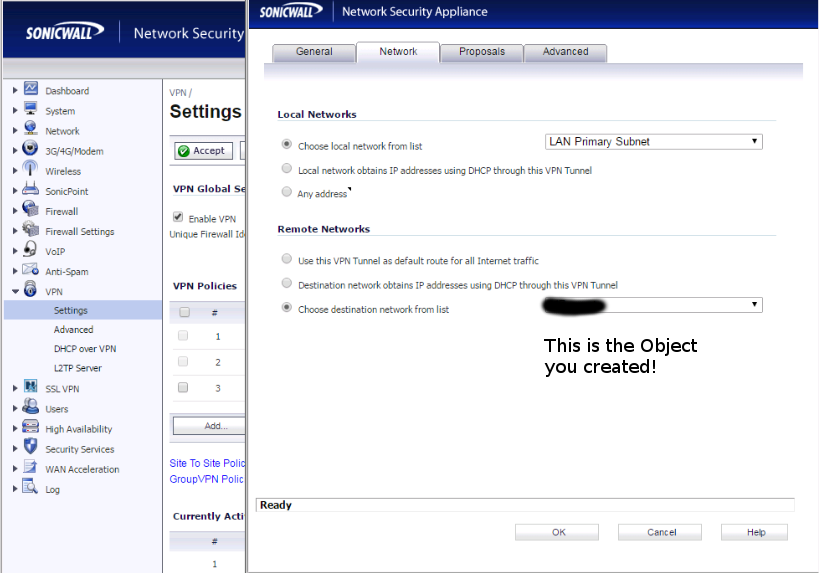 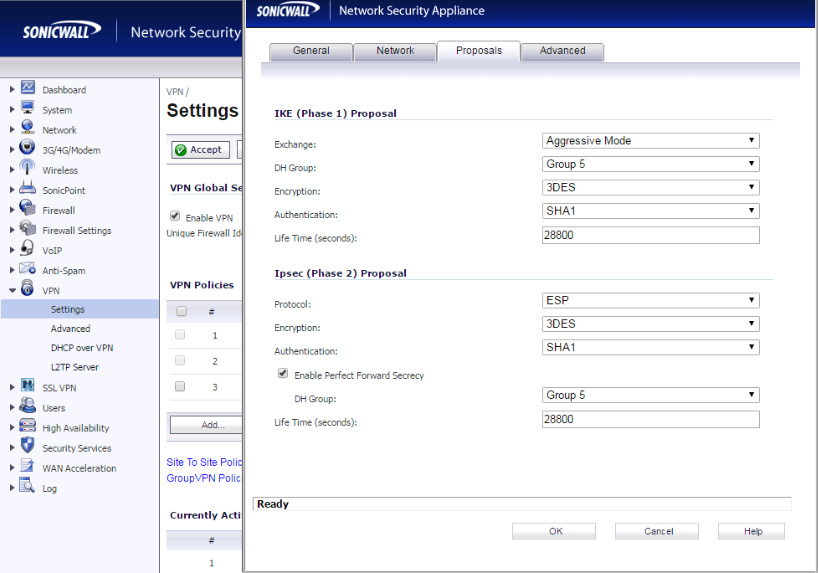 Be sure to match the ipsec policies and protocols used on both ends. I shouldn’t have to tell you this. 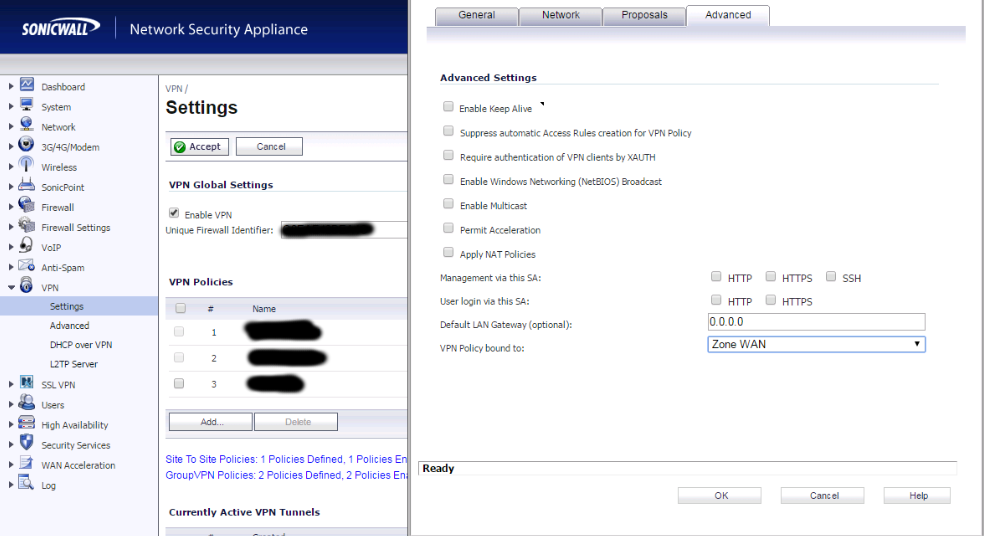 That should give you everything you need. Stay tuned and I’ll get a cert made for this connection so we can beef this up a little.